In 2012 and early 2013 Periamma had prepared an old dilapidated building at our school near Chennai, India to house a brand-new IT lab. We were, however, still faced with the challenge to equip the lab with hardware and import on the teachers the skills necessary to utilize the new facilities properly.

In early 2013, the financial team of Microsoft Denmark reached out to Periamma because they wanted to make good use of their allotted volunteer work days. They had a special interest in the Microsoft YouthSpark program, which has the objective to develop IT skills of young people all over the World.

A project began to take shape, and it was quickly realized that it would be great to combine teambuilding and community work days – focused on taking on the challenge of implementing IT-training at the school in India. 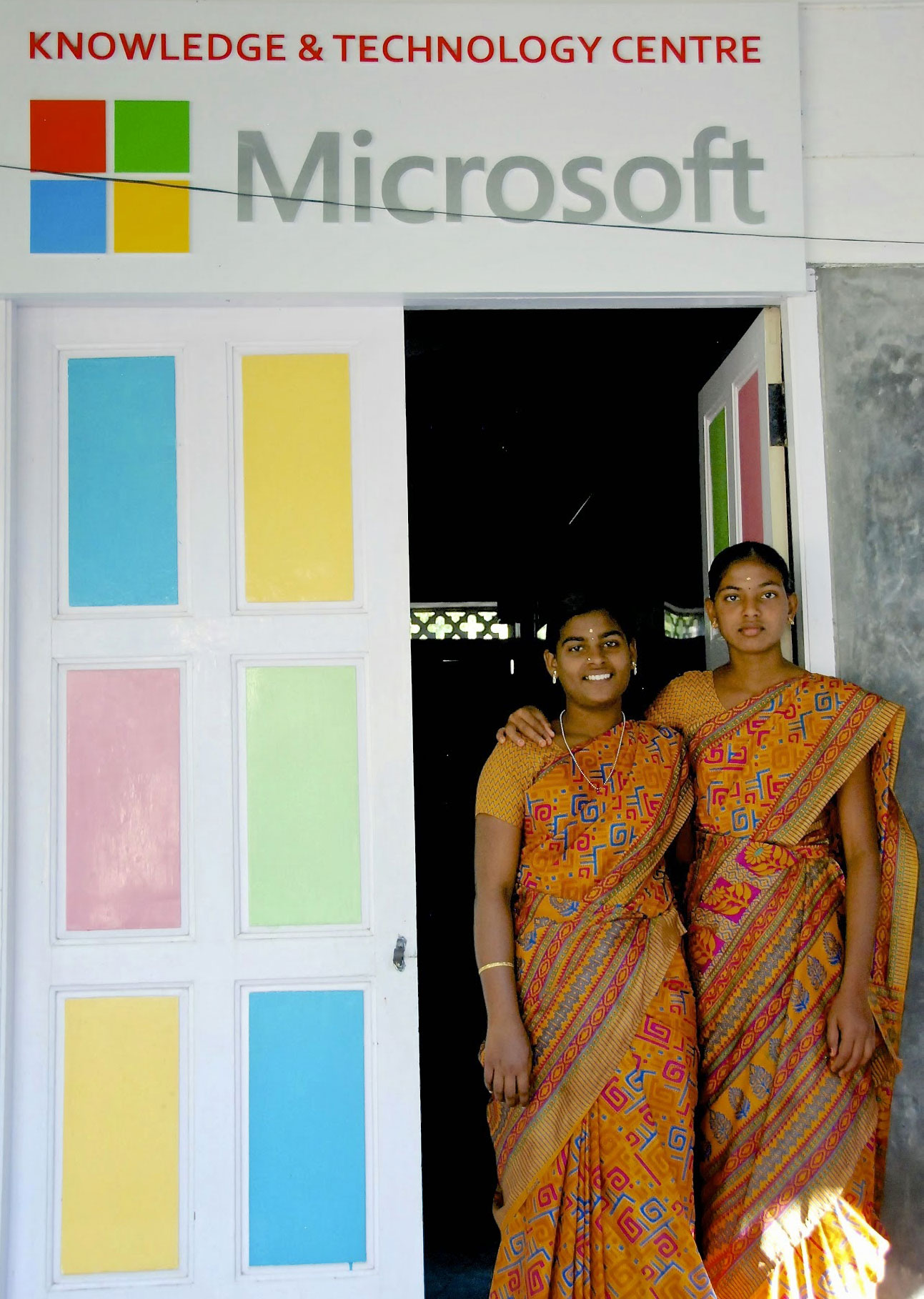 Microsoft and Periamma thus entered a phase of co-creating a project that fit well with the skillset of Microsoft employees, but at the same time took advantage of the task at hand as a unique opportunity to strengthen the team.

The end product became a joint CSR and teambuilding project, with the aim of establishing and anchoring IT as a part of the school curriculum. Through the whole process, skilled team- and leadership development consultants from Energy Excellence and Emerger were brought on board to facilitate the team development process both before and during implementation of the CSR project in India.

The project expanded to include colleagues from the financial department of Microsoft India. Together, they hardwired the computers, installed the software, and trained the students and teachers in how to use the latest in IT technology. This gave the project added value, as barriers between national divisions and cultures within the Corporation were effectively broken down and new, stronger ties were created across borders.

Prior to the visit to India, the financial team went through several team building sessions – all aimed at preparing for the project on the ground.

Charlotte Weiss, Business Controller of Microsoft Denmark and one of the driving forces behind the project describes the ideal behind the process “If the road is already laid out for you, then it is not your road. We have to find the road ourselves and create the project that way. This creation is as important a part of the teambuilding process as execution of the project itself. This is new to our way of working.”

Unlike many teambuilding events, teambuilding at the school in India did not consist of roleplaying and standardized personality tests. This was authentic teambuilding, where social constructs and hierarchies from the office were broken down completely. All employees, from the CFO to the intern, were treading equally unknown ground, had the same preconditions, and were all housed at the school dorms.

This real-world challenge gave the project a very real and tangible goal to pursue and already before the actual journey to India the colleagues had started to bond. The fact that 2.500 students in India depended on them created a joint feeling of responsibility for the success of the project and sparked a team spirit previously unseen.

The added social dimension that comes from taking on a real-world challenge, where the effort you put into the teambuilding exercise has a direct and visible effect on people in need of your skills gives both the individual a profound sense of motivation, and the team a shared sense of purpose to serve others which is intrinsically motivated. In short, you get participants who take the exercise seriously and immerse themselves in the task at hand – and thus get high value for money from the team building project.

Conducting team building close to familiar work settings, where social structures and expectations are allowed to remain more or less intact rids the exercise of a golden opportunity to uncover hidden talents and character strengths within each team member. Setting the scene for this team building exercise as far from the team’s comfort zone as a boarding school in a developing country, yields the ultimate opportunity for breaking down professional barriers, and for allowing team members to get to know each other on a much more fundamental level. Placing them in front of a monumental task on top of that, further levels the playing field within the team and allows individual team members a rare opportunity to show hidden talents.

Charlotte Weiss, then Financial controller of the Microsoft team, comments that one of the most significant outcomes of the project has undoubtedly been the changes to internal team dynamics, “they work extremely well together across the team, even under the most stressful scenario” – a trait that Charlotte Weiss attributes fully to the deeper level of knowledge of each other’s strengths and weaknesses, that the team discovered during the team building project in 2013.

A post-project inquiry among the team revealed that 50 % rated the project as the single greatest experience of their lives – an experience they accredited to their workplace, meaning that employee satisfaction soared following the project. This result is also evident in the fact that only one person has left the team in the time that has passed since the trip to India in 2013. This quite a spectacular outcome, considering the turnover rates that normally characterize departments at large international companies.

The end results of the project speaks volumes of the potential of combining CSR and HR.